Sailor Moon Crystal blah blah
e01 - Open of the flood gates of Usagi's voice! As you all know, or at least should know, I tend to lean towards watching mostly male lead cast anime. This series or rather the original I first saw on TV with the original english dub cast. So for me MY Sailor Moon is Terri Hawkes (Traders, GH, Care Bears) I think she was #2. She had to leave the role due to her pregnancy and was replaced by Stephanie Sheh, which was unfortunate. However being a 'Stars' fan and the fact that one was never aired for obvious reasons at the time, I was able to tolerate Usagi's voice. I even actually LIKED Seiya & Usagi as a pair, you know, if she wasn't so stupid and clueless, maybe 'dense' is the word. lol Anyways back to Crystal:

Cons:
Usagi's voice (but this isn't a new thing with me)
Lip stick (remove that & I'd love the character art)

I need to stick it out at least until Koshimizu makes her debut as Makoto / Jupiter.... in a month & a half? Yeah this one will be dropped. dragging it out.

Watched the 1st episode need to see more, yes i know ep 2 is out but i was working nites so I haven't watched it yet but I have pre-ordered Nendoroid Aoba & Ren.I have this weakness for 2 things: the colour blue, and headphones... and fluffy robo dogs... so 3 things.... 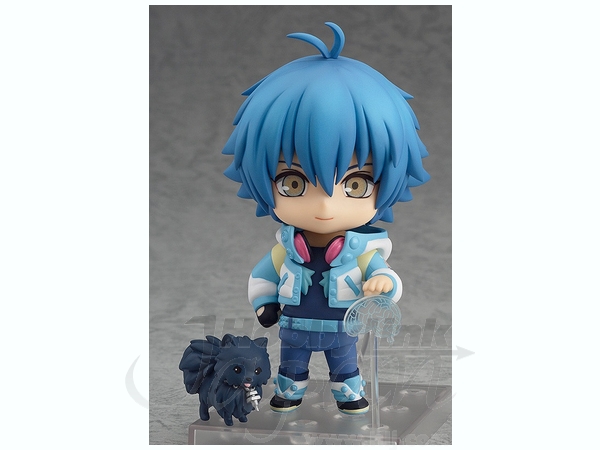 I even cancelled my Nendoroid Sakura for him lol
Anyways I'll reserve my decision on this one til later.

I may drop it. Need to see another episode. It was blah the first ep. Of course I could have done w/o so much of the hamburger girl.

I got the pleasure of working the 3 nights of inventory.
The Steps: 1 - Precount by hand; 2 - Count with gun into the system; 3 - Execut count (basically a recount of the previous count)

Nite #3: Monday July 14th 8pm - Tuesday July 15th 5am
Locations: Ladies, Mens, Mens accessories, Mens Shoes
of course at this point my legs were killing me from all the 'crouching, kneeling, sitting, up & down actions' from the "night" before....

Now im super sore, but thankful to have today off. Just Bethany & I have it off. The rest from our team do not.
Nothing can go w/o problems either. Nite #1 was fine, but nite #2 we had uploading issues, which went on to Nite #3.... that was just epic greatness. Everyone were both tired & sore....

I cannot wait til next year!
Collapse