I want the OST. See nothing listed so far. Unless it's with the volume releases only but I'm not gonna get those 8000 yen each? pass!

I'm so #TeamGhoul would be completely if not for Amon. But if it comes down to it, I'll choose Team Ghoul. Just so you know.

Started working on this last week... 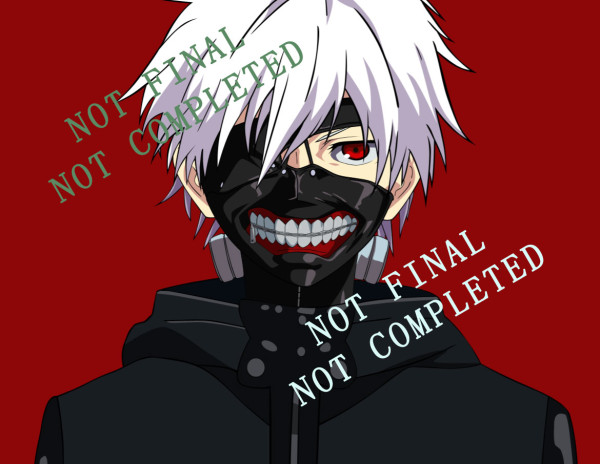 Also addicted to TK's song: unravel the OP of the series.
Marathoned the first, well eps 2 - 7 (had watched ep 1 when it aired) man that was trying for someone who doesn't do flesh eating things like zombies for example. Also the vomiting, I don't do that shit either. But I got here, and I'm hooked. Not as good as Aldnoah.zero though. However Kaneki here has the same seiyuu as Inaho in Aldnoah. Nope not weird at all.

Amon is Konishi Katsuyuki for those keeping score.
Hideyoshi is Toyonaga
Yomo is Nakamura Yuuichi
Uta is Sakurai Takahiro

Mamo-chan is the creepy, freaking creepy Tsukiyama.... (i don't do cannibalism at all. Fucking traumatizing shit for me to watch).