So Steam had Amnesia -memories- on sale for $5 last weekend. I've found that mildly addictive. Slightly scary/traumatizing but fun.

My first Visual Novel. I never did watch the anime for this one though now I kinda want to. I, of  course, tried Kent's pla6y thru first. Managed to get the 'Normal Ending'. I highly doubt I can go back and intentionally get the Bad endings. I just don't think I'll be able to. Kent's voiced by Ishida Akira btw.

What surprised me most after unlocking 'Joker World' to access Ukyo for a romance was that I'd like him so much. Could have been that split personality factor (See: Gundam 00), I've never cared much for his seiyuu: Miyata Kouki. Until now. Ukyo has like 6 or 7 bad ending possibilities! That's crazy!

Biggest let down was Toma (Seiyuu: Hino Satoshi). I had no idea it was never gonna be a happy thing, unless you're into that kind of thing.... 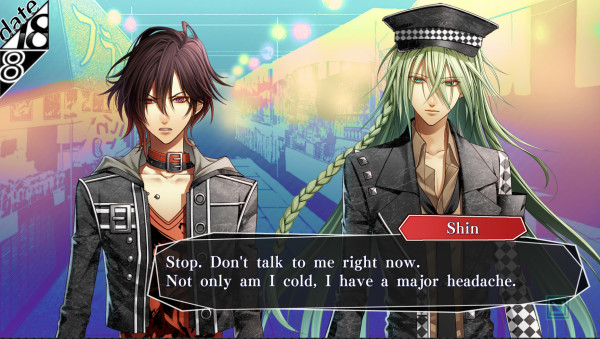 Each play thru takes 4 hrs or so. Ukyo took me 5hrs therew was lots to cover and confusion lol
Of course if you end up on with a bad ending it might take less time.

I think I'll need to do much screens. I did a few for Ukyo's last nite but Kent is just so lovely..... *coughs* 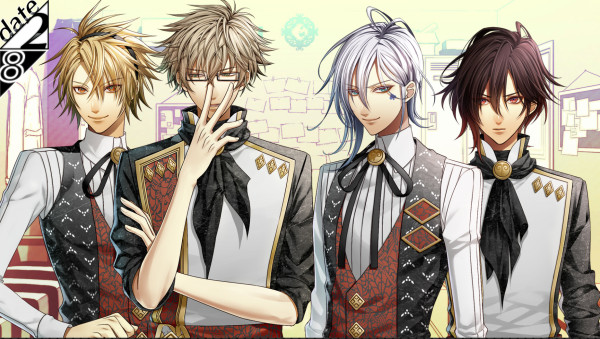 My FB comments... well normally I'd get a like or 2 from ShadowTurk but as you may recall he passed away suddenly in late March. It's a bit lonely now.

I was on aarin and saw a Brothers conflict VN & a Kamigami no Asobi one. Of course these will be in Kanji and extra confusing but I may try out the KnA one... Maybe.

What I'm /supposed/ to be watching but don't seem to be doing it so well is: Sousei no Onmyouji and well 2nd series of Concrete Revolution, though in it's case I'm not done watch the 1st one...

On my plate is:

Bungou Stray Dogs - it's very odd; a bit insane; and yet has serious points hint in there as well.

Super Lovers - Canada references. And who doesn't love that? Also Maeno Tomoaki is Haru and Matsuoka Yoshitsugu is Aki. Terashima Takuma is Shima. Aki and Shima are twins. Ren's played by Minagawa Junko.

Koutetsujou no Kabaneri - my crack series. I can't stand zombies and essentailly that's what the Kabbane are. And yet here I am watching and loving it! Also Sawano-san music. Plus Kaji Yuki, Aimer and EGOIST.

Mayoiga (The Lost Village) -  I'm 5 eps into it and I still haven't figured it out yet. This one's an origanl series. Tatsu-chan's in it.

Endride - my fantasy must have of the season. Also Luna Sea. 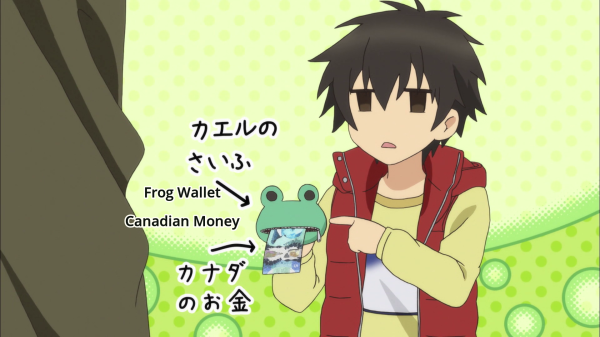 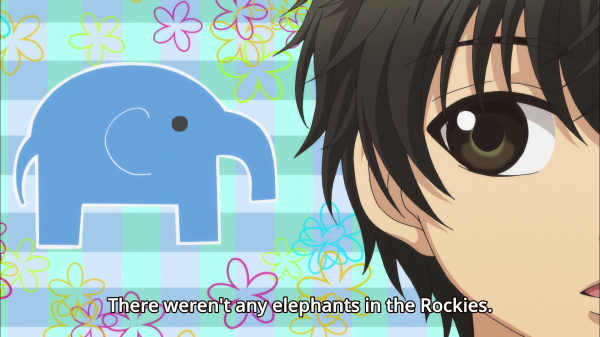 On a side note my copy of Kuroshitsuji - book of circus arrived and i watched it. I liked it. I completely stalled watching it as it aired.
Collapse