and I've watched episode 13 6-12 times. It was complete win. And a Happy Ending.
you heard me. A Happy Ending.
Who saw that coming? Not I.

2 of my 3 favourites survived this zombie Apocalypse.

Sawano-san produced even more epic music. I even grew to enjoy Eliana's voice.  She sings a couple songs off the OST.

They even made me happy that Hozumi (Mumei) lived. I cried. There were tears. I admit it. 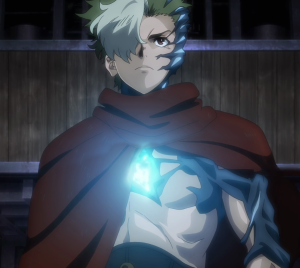 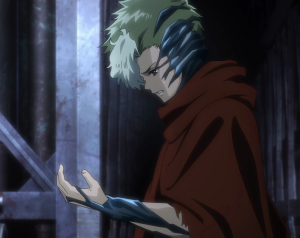 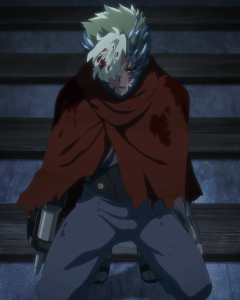 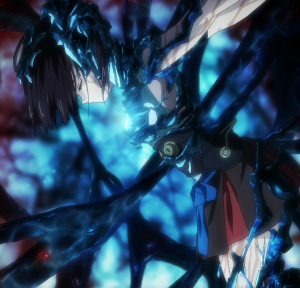 And Biba was killed. That was the best moment.

My love. My couple. Damn.

This is the series you are likely not watching.

Airs Mondays on Global; Tuesdays on The CW.

Has broken us, the fans.


2 eps remain. I demand payback on those responisble.

I guess they felt the need to tack Tsubaki on at the end because.... i dunno why.
The first we actually see Tsubaki Mahiru is actually awake for it. I mean he comes to collect Belkia after all.

Too much insane is just that too much. I'm slightly concerned they intend to shove too much into too few episodes. I've read up to vol 5. Some of the characters shown on the credits have either just been introduced by the end of vol 5 or haven't yet so. worry.

OLDCODEX's OP 'Deal With' features screaming. I'm not a screaming fan. at all. I've notice they are going that why more. It's unfortunate.
The ED is better. Sung by Terashima (Mahiru). The OP animation also sucks but don't worry the rest looks normal.
Collapse